The Free Republic of Montfort

Bree Barrow is one of Mare Barrow's older brothers.

Bree was the first to be conscripted into the army at the age of eighteen, like all Reds who are not apprenticed. Mare was thirteen when he left.[1] He was the one who started the tradition of giving one pair of earrings to his sisters. He had been a soldier for five years until Mare requested his and Tramy's release home, which is covered as an "honorable discharge."

Bree is the typical older brother who bullied his younger siblings. He and Tramy would always tease Shade for his short stature. He is protective of Mare, especially when he first meets Cal. Overall he tends to be very playful and childish with his family.

Before being conscripted, Bree had a reputation for being a heartbreaker. He told Mare once that "he didn't fear conscription as much as everyone else because the dozen bloodthirsty girls he was leaving behind were far more dangerous."[2] He is not known as being particularly smart. He also lacks any kind of emotional sense according to Mare.[3]

When Mare sees Bree for the first time in five years, she describes him as looking like "a pile of muscle," with scars worn from war. His dark hair is closely shaved and he is "a giant." 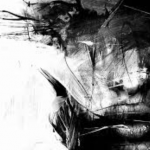