Farrah is a newblood that Mare was able to track down to help the Scarlet Guard. She is a sounder, meaning she can manipulate sounds.

Farrah was the third newblood found by Mare and the group.

While the gang was staying at the Notch, Farrah would help Kilorn hunt for animals to eat by making the surroundings quiet so they could silently hunt. She would also silence bullet noises so any Silvers or Reds didn't find them.

Farrah participates in the take over of New Town. She helps make the group inaudible to the guards.

Farrah has the mutation that grants her a Silver-like ability despite having Red blood. She gained the ability to manipulate sound. She can absorb the explosive blasts of gunfire, smothering each round of bullets so that not even an echo ripples. 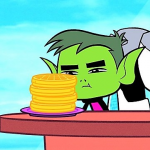 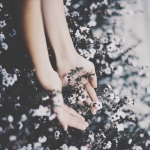